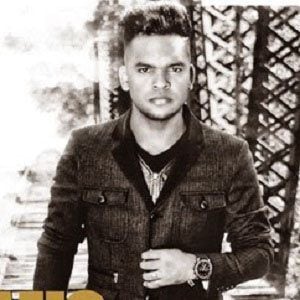 Born Willy Cruz and known to his fans as Redimi2, this Dominican-born Christian rapper is known for Hasta Los Dientes (2004), Revolucion (2006), Exterminador (2011), and several other albums.

His first recording, Combinacion Mortal (released in 2000), was the first Christian rap album produced in the Dominican Republic.

His many musical collaborators include Annette Moreno, Vico C, Funky, and Danny Berrios.

He co-founded the Christian rap group Redimi2 Squad with his brother JG. The siblings grew up in Santo Domingo, Dominican Republic.

He is a contemporary of fellow Dominican rapper Don Miguelo.

Redimi2 Is A Member Of