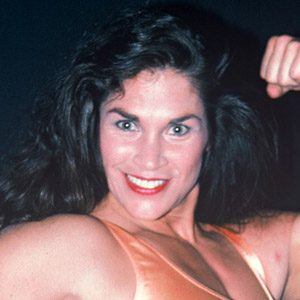 Former wrestler who won the All Pacific Championship and the IWA World Women's Championship in the All Japan Women's Pro-Wrestling league. She was known for signature finishing moves like the "Reggie Rack."

He got her start wrestling for independent leagues in 1996 and was a three-time champion of the Independent Wrestling Federation.

She appeared as the Barracuda Leader in the 1983 cult sci-fi film "Spacehunter: Adventures in the Forbidden Zone."

She married musician Kenji Ishihara in 2000.

She and Sandy Parker both won titles in All Japan Women's Pro-Wrestling.

Reggie Bennett Is A Member Of