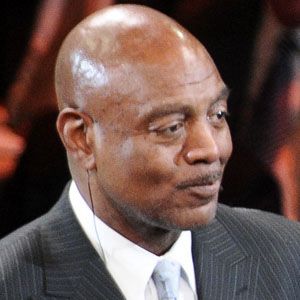 Retired NFL wide receiver who played twelve seasons in the league with teams like the New England Patriots and Cleveland Browns. He later became a fixture in Cleveland sports media, serving as a baseball color commentator for the Cleveland Indians.

He was born in Washington, D.C. and played college football at Boston University.

He briefly retired from broadcasting before returning as a football analyst for the Browns and Ohio State Buckeyes in 2004.

His son, Derek Rucker, was a professional basketball player who played fifteen seasons in the Australian National Basketball League.

He played alongside Pro Bowl offensive lineman Joe Delamielleure as a member of the Browns.

Reggie Rucker Is A Member Of