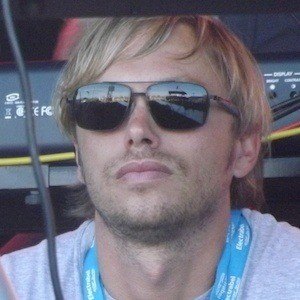 Producer and DJ who has won fans with trance and EDM hits like "Runaway," "Elegantly Wasted" and "Where Did You Go (Summer Love)." He is also known for his appearances as a judge on the Flemish version of The Voice.

He released his first EP at age 18.

He has starred in his own reality show called Regi's World.

He married television presenter Elke Vanelderen, with whom he has a daughter named Ellie.

He collaborated with Kaya Jones on the 2010 single "Take It Off."

Regi Penxten Is A Member Of