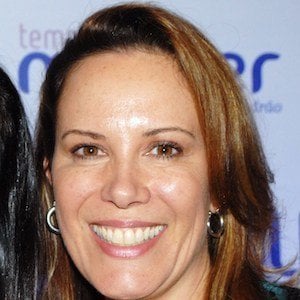 Brazilian journalist and presenter who, as of January 2018, is the host of the variety show Women. She started as a reporter on the network Rede Bandeirantes and had her TV debut in 2001 when she became the presenter of the nightly news at the BandNews channel. She is best known for hosting the SBT program Family Cases from 2004 to 2009.

She studied journalism at the Roberto Marinho Foundation.

She runs a self-titled YouTube channel where she uploads behind-the-scenes interviews and games with her different guests from Women.

She has one daughter, Rafaela Volpato.

She has had a variety of guests on her show Women, such as Guilherme Pintto and Davi Sabbag.

Regina Volpato Is A Member Of