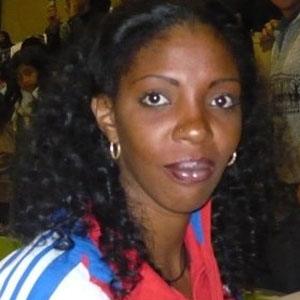 Cuban volleyball player and three-time Olympic gold medalist, with her first gold being awarded when she was just 17 years old.

She began playing on the international circuit when she was 14 years old.

She has a son named Elian who she raises on her own.

She won gold in 1992 when Michael Jordan led the "Dream Team" to a gold in basketball.

Regla Torres Is A Member Of