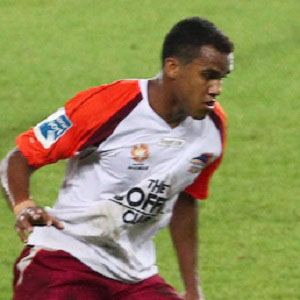 Brazilian soccer player who has played as a striker for clubs like the Brisbane Roar and Al-Raed. He is known to fans for his exuberant celebrations which include back-flips and thumb-sucking.

He was born in Itaberi and began his career with America Mineiro in 2004.

His match-winning goal against Sydney during the 2007-08 is considered by many to be one of the greatest goals in A-League history.

He married a woman named Claudineia.

He was teammates with Craig Moore at Brisbane.

Reinaldo Elias da Costa Is A Member Of