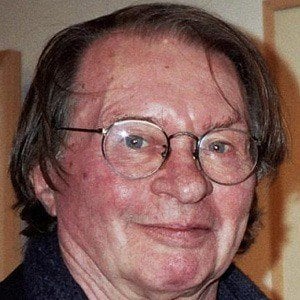 A Dutch author, poet, and dramatist, he is remembered for Somberman's Actie and other works. He received numerous literary honors, including the Proza award, the Cestoda award, and the Gouden Ganzenveer award.

His father, Jan Campert (also a poet), died in a Nazi concentration camp in 1943. After this tragedy, Remco Campert lived in the town of Epe with his actress mother, Joekie Broedelet.

He co-wrote a play with author and former football player Jan Mulder. Campert went on to act in a touring production of the piece.

He was born in the same year as American poet Adrienne Rich.

Remco Campert Is A Member Of