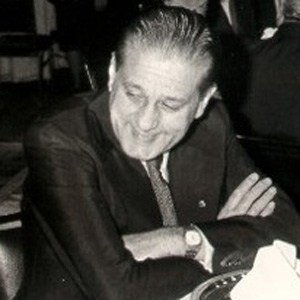 During World War II, he served in the Argentine Army.

In 1975, he founded the Fundacion Favaloro with several of his colleagues.

He died alone in Buenos Aires by committing suicide.

After Michael Elias DeBakey, he was one of the greatest cardiac surgeons of all time.

René Gerónimo Favaloro Is A Member Of