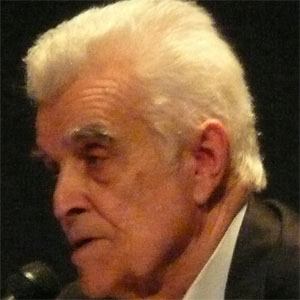 French philosopher of social science and literary critic who has done work focusing on anthropological philosophy and was awarded the Dr. Leopold Lucas Prize by the University of Tubingen in 2006.

He went to Indiana University in 1947 on a one year fellowship and later attended John Hopkins University.

He worked as a Professor of French Language, Literature and Civilization at Stanford University in 1981.

His parents were Marie-Thérèse Fabre de Loye and Joseph Girard.

Rene Girard Is A Member Of