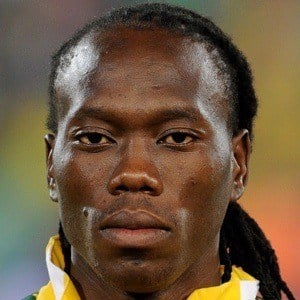 Central midfielder who became a member of the South African national team in 2008. He joined SuperSport United F.C. in 2016 after appearing in over 180 games for the Kaizer Chiefs.

He grew up kicking a tennis ball around before finding his way into soccer at Morris Isaacson High School.

He played alongside Jeremy Brockie on SuperSport United F.C.