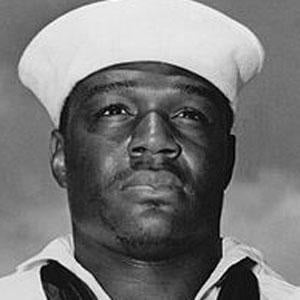 U.S. Navy cook who was the first African-American recipient of the prestigious Navy Cross.

He worked on his family's farm before enlisting in the U.S. Navy in 1939.

He fired anti-aircraft bullets at Japanese attackers and led injured American sailors to safety during the Attack on Pearl Harbor.

He was one of four sons born to Henrietta and Connery Miller.

He was the subject of Gwendolyn Brooks ' poem "Negro Hero."

Doris Miller Is A Member Of