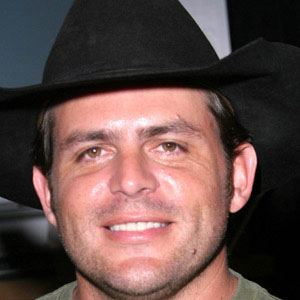 Country singer and musician who released the 1996 #1 single "Don't Get Me Started." He's written music for many artists, including The Peach Pickers.

He went to the University of Georgia but dropped out after a year. He signed his first recording contract with Decca Records in 1992.

He had his highest ranking release with the #13 country album Somebody New in 1996.

He married Paige Braswell in 1989; the couple had two children, Rhett Jr. and Kasey. He and Paige later divorced. In 2017, he married Sonya Akins. He and Sonya welcomed a son named Brody in March 2020.

He performed the song "That Ain't My Truck" with Luke Bryan in 2011.

Rhett Akins Is A Member Of