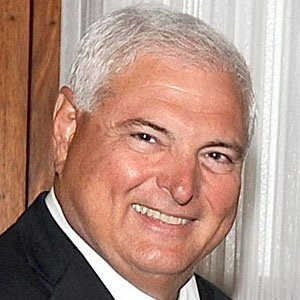 Panamanian politician and democrat who was elected President of Panama in 2009. He also businessman who owns Super 99, a chain of supermarkets.

He attended the Staunton Military Academy in Staunton, Virginia in the United States and got a BB from University of Arkansas in 1973. He got his master's in 1977.

He received over 60% of the Presidential vote in 2009 when he took office and has done much to lessen poverty.

He is a Roman Catholic; his father was Italian and his mother was Spanish. He married Marta Linares and they have three children together: two boys and a girl.

He was outspoken about his disdain of Hugo Chavez, who died in 2013.

Ricardo Martinelli Is A Member Of