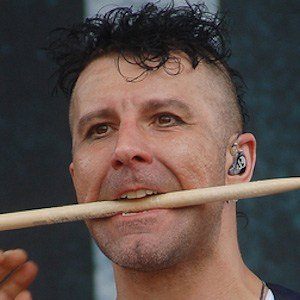 Drummer known for being a member of the band Saint Asonia. He'd previously spent more than a decade-and-a-half with Finger Eleven.

He joined Finger Eleven in 1998 after Rob Gommerman left the band.

He drums left-handed, the result of being taught by a left-handed drum instructor.

He and Adam Gontier have played together in Saint Asonia.

Rich Beddoe Is A Member Of