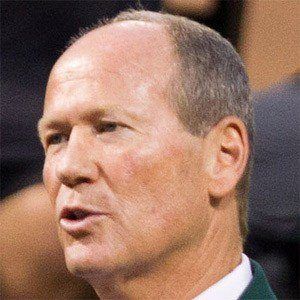 Former MLB second baseman who won the 1983 World Series as a member of the Baltimore Orioles. He later became a coach for teams like the Kansas City Royals and Colorado Rockies.

He won the 1973 and 1974 College World Series as a player for the University of the Southern California Trojans.

He has children named Casey, Kelsey and Katie.

He and series MVP Rick Dempsey were both members of the World Series-winning 1983 Baltimore Orioles.

Rich Dauer Is A Member Of