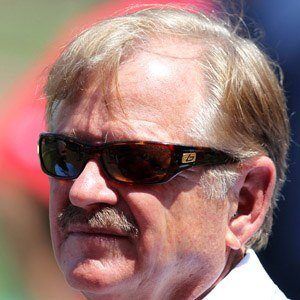 Catcher who won World Series titles with the Baltimore Orioles and Los Angeles Dodgers during his 24-year career. He was the MVP of the 1983 World Series as a member of the OrAlbuquerque Dukesioles.

He spent two years in the minors before being called up by the Minnesota Twins in 1969.

He won the Pacific Coast League championship as the manager of the Albuquerque Dukes in 1994.

He was married to Joani Dematago and had children named John and Christian.

He played under Orioles manager Earl Weaver starting in 1967.

Rick Dempsey Is A Member Of