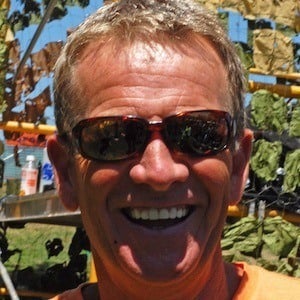 Notable for his hosting work on Sirius Satellite Radio's First Wave channel, he also presented several other popular, music-themed radio and television programs, including Video One (on Los Angeles's KCAL-TV channel); VideoBeat (on KTLA); and Totally 80s (on KYSR).

At the start of his entertainment career, billing himself as "The Young Dick Sheppard," he worked as a UK and European-based DJ.

Between 2010 and 2011, he appeared in four episodes of the television series Glory Daze.

Raised in Torquay, England, he rose to fame while living and working in Los Angeles, California, U.S.A. Born Richard Sheppard, he took his stage name, Richard Blade, from the title of the 1982 film Blade Runner.

He succeeded Casey Kasem as the host of America's Top Ten.

Richard Blade Is A Member Of