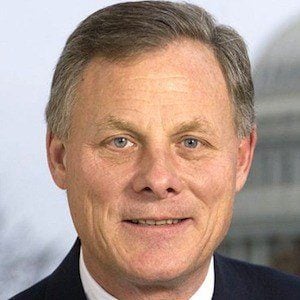 Republican politician who became a US Senator from North Carolina in 2005. He represented North Carolina's 5th congressional district in the House of Representatives from 1995 to 2005.

He earned a Bachelor's degree from Wake Forest University and was also a member of the football team.

He has supported the vast majority of the decisions made by the Republican party, including George W. Bush's actions in Iraq.

Richard Burr Is A Member Of