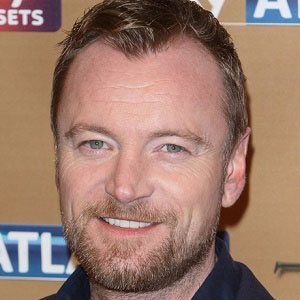 Northern Irish actor known for his work in film, television, and theatre. He appeared in such popular television series as HBO's Game of Thrones and Cinemax's Hunted.

A playwright as well as an actor, he premiered his play, Drum Belly, at Dublin's Abbey Theatre in 2013.

He starred in a production of Samuel Beckett's Waiting for Godot.