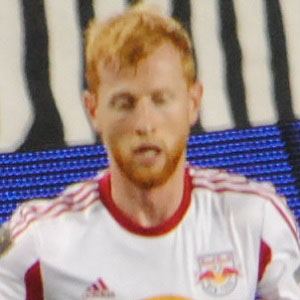 English defender who won a Football League Cup with Manchester United in 2009. He broke into the MLS with Toronto FC in 2011 and joined the New York Red Bulls in 2014.

He joined the Manchester United Youth Program in January, 2004.

He was sent on loan to Plymouth Argyle, Bradford City, Bury and Toronto FC while he was a member of Burnley.

He played alongside star forward Wayne Rooney on Manchester United.

Richard Eckersley Is A Member Of