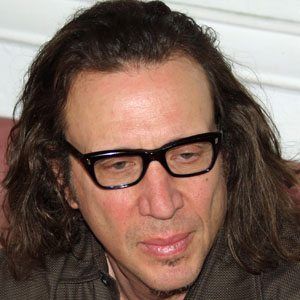 American singer and songwriter who began releasing albums since 1977 and is known to be an innovator of punk music and fashion.

He never finished high school and moved to New Mexico to become a poet and co-founded the magazine Genesis:Grasp.

He has published numerous books including the 2013 book, Punk: Chaos to Couture.

He was married twice and has a daughter Ruby.

He was involved with the band Dim Stars with Steve Shelley.

Richard Hell Is A Member Of