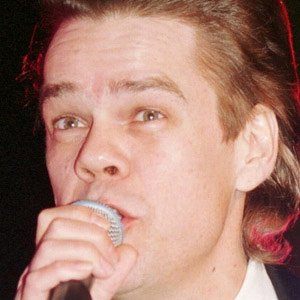 Also known as Buster Poindexter, Johansen was a former singer-songwriter with the protopunk band The New York Dolls who released his self-titled solo album in 1978.

He was in a band called the Vagabond Missionaries.

He contributed song to the film soundtrack of Times Square.

He married Mara Hennessey and has a stepdaughter named Leah.

He had a small role in the HBO drama Oz with Terry Kinney.

David Johansen Is A Member Of