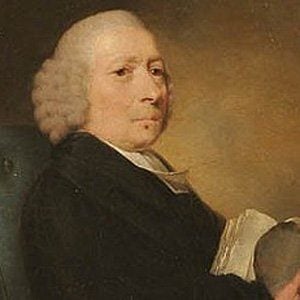 English poet who is most famous for his 1753 poem "The Blackbirds." His collected poems were published posthumously in a 1784 volume entitled Poems Moral and Descriptive.

He received his master's degree from University College, Oxford and became an ordained cleric.

His favorite place of residence was the parish of Snitterfield, Warwickshire, where he worked as a cleric in the 1740s. He returned to Snitterfield at the end of his life.

He grew up in Warwickshire with two older brothers.

He and Alexander Pope were both British poets of the eighteenth century.

Richard Jago Is A Member Of