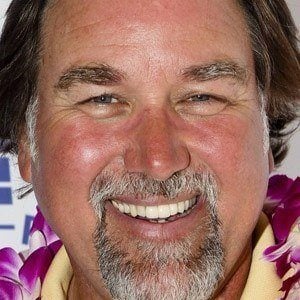 Level-voiced actor who is best remembered for portraying Al Borland on Home Improvement for more than 200 episodes. He'd later begin starring in Hulu's PEN15. Other credits include F the Prom, Horse Dancer and Bram Stoker's Legend of the Mummy.

He had his first acting role in a 1980 Super Bowl beer advertisement.

He married actress Tudi Rochie in 1985 and the couple had a son named Cooper.

He replaced Louie Anderson as the host of Family Feud in 2002.

Richard Karn Is A Member Of