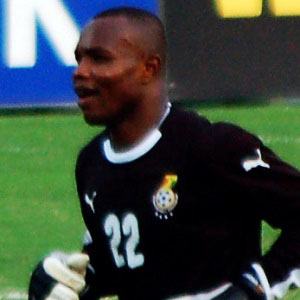 Goalkeeper who has represented Ghana at tournaments like the FIFA World Cup and Africa Cup of Nations. From 1996 through 2005, he played for the Turkish club Galatasaray in Super Lig.

He began his professional career with the Ghanaian club Great Olympics in 1995.

With 90 caps, he became the most capped player in the history of the Ghanaian national team.

He played with Kevin-Prince Boateng on the Ghanaian squad at the 2010 FIFA World Cup.

Richard Kingson Is A Member Of