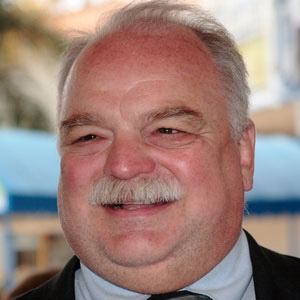 Actor who played the role of Tom in the satirical comedy, Office Space.

He attended the University of Notre Dame.

He was in the film, Joe Dirt with David Spade.

His mother was a nurse and his father a postmaster.

He had a brief role in the comedy, Bridesmaids alongside Kristen Wiig.