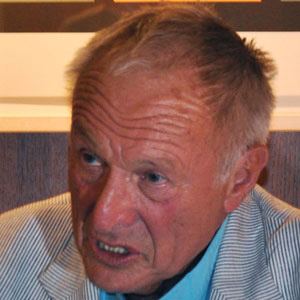 Pritzker Prize recipient whose work included the Pompidou Center in Paris, the Millennium Dome in London, the Senedd in Cardiff, and the European Court of Human Rights building in Strasbourg.

His firm was chosen to design Tower 3 of the new World Trade Center at Ground Zero in New York City.

He married his collaborator, Su Brumwell, and continued to work with her even after Team 4 disintegrated. He had five sons named Ab, Bo, Ben, Roo and Zad.

He and Eero Saarinen both became world-famous architects.

Richard Rogers Is A Member Of