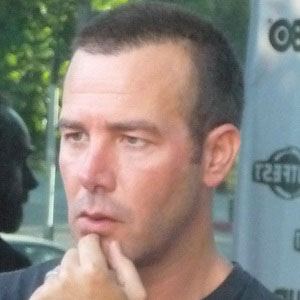 Actor who played Pete Dunville on the hit ABC series Two Guys and a Girl for four years. He went on to appear on TV shows like Less Than Perfect and in films like 2009's Obsessed.

He starred in a production of Oklahoma! at Cherokee High School in New Jersey.

He was previously roommates with The L Word actress Robyn Ross.

He married Lauren Rees in 2008. He previously dated Saved by the Bell star Tiffani Thiessen.

Richard Ruccolo Is A Member Of