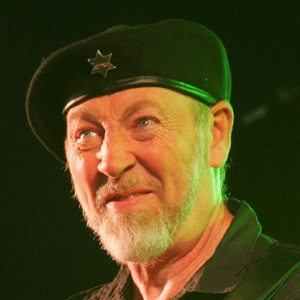 Guitarist, songwriter, and performer who played with the British folk-rock group Fairport Convention.

He was influenced by his father's jazz and Irish folk music.

He is known for his trademark dark wit as much as for his music.

His father was a Scotland Yard detective.

The BBC made a documentary about his career, with contributions from Billy Connolly and other well-known musicians.

Richard Thompson Is A Member Of