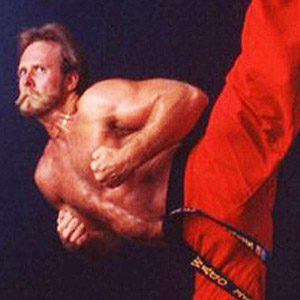 Best known for his sleight-of-hand card tricks, this internationally renowned magician performed at Los Angeles' Magic Castle; on the Ripley's Believe It Or Not television program; and with a touring show called Hoodwinked. He performed for such celebrities as Muhammad Ali, Gene Kelly, Bob Hope, and Johnny Carson.

As the result of a childhood illness, he had lost most of his vision by his ninth birthday. During his early years, despite attending a California school for the visually impaired, he trained to become a karate black belt.

A native of San Diego, California, he married Kim Turner and became the father of a child named Asa Spades Turner.

He was lauded by fellow magician Ed Marlo, who praised not only his technical skill as a practitioner of magic, but also his ability to fully engage his audiences.

Richard Turner Is A Member Of