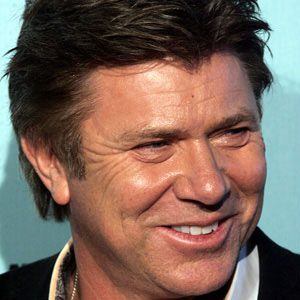 A television host who is most known for hosting the Australian version of Entertainment Tonight and for being the entertainment editor for the Nine Network and Today.

He majored in English and Music in college then later became an unsuccessful pop singer and did a tour with Grace Jones.

He has hosted the game shows Keynote, Sale of the Century, and the Sydney New Years Eve telecast.

He is a father of five and has a daughter with Australian fashion designer Collette Dinnigan.

He and Mary Hart both have hosted versions of the TV series, Entertainment Tonight.

Richard Wilkins Is A Member Of