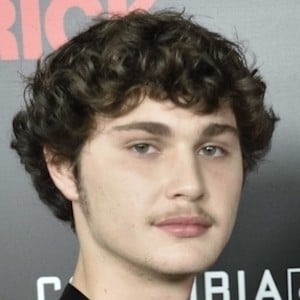 Star of the 2018 crime drama and biopic White Boy Rick who was cast in the title role.

He was chosen in a nationwide casting search to portray Richard Wershe Jr. when he was only 15 years old. He spent two weeks with an acting coach before flying to Los Angeles for the audition.

He had never heard of White Boy Rick co-star Matthew McConaughey because he only watched action movies previously.

He is from inner-city Baltimore, Maryland.

He also starred alongside Bel Powley in White Boy Rick.

Richie Merritt Is A Member Of