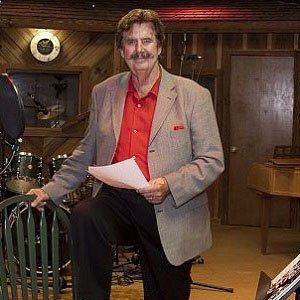 He was in an R&B band called The Fairlanes and was a successful songwriter in the '50s.

He was the owner of the FAME studios in Muscle Shoals, Alabama.

He was born in Mississippi, raised in Alabama, and lived in Illinois for a time.

He produced music for Donny Osmond among numerous others.

Rick Hall Is A Member Of