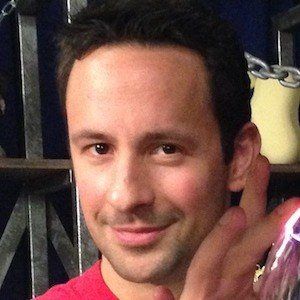 Magician and deception expert who is known for his various published works and live tricks. His third book, I Get Paid For This: Kicking A** and Taking Notes, was published in 2012.

He graduated with his bachelor's degree from Michigan State University. He subsequently graduated from DePaul University's College of Law with his J.D.

In 2012, he created the SyFy series Wizard Wars, which subsequently aired on the network in the fall and winter of 2014-2015. In 2015, he competed on Penn & Teller's reality competition series Fool Us, and finished as the only contestant to fool the duo during his episode.

He has served as an illusion consultant for David Copperfield between 2011 and 2013.

Rick Lax Is A Member Of