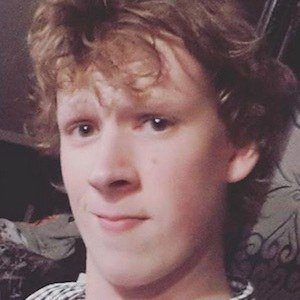 Comedian, blogger, and web video star, he is known for his YouTube channel Serpent Gameplay and is part of the YouTube collaboration called BanjoTown. He writes his own personal blog called Niet Rick Broers on Wordpress.

He began posting gameplay videos of all kinds of games on his Serpent Gameplay channel in 2011. His videos always had a comedic twist to them and he found he wanted to do more of that by collaborating with friends. That's how he came to join BanjoTown.

He saw his subscriber number rise dramatically when he joined BanjoTown. After that, he jokingly added the tag "I have more followers than you and Jesus put together" on his Instagram.

In 2018, he began dating a girl named Billy. He previously dated a girl named Anna. He has a cat named Hendrik and a dog named Dex.

He is a part of BanjoTown with Bardo Ellens, also known as BanjoMovies.

Rickert Broers Is A Member Of