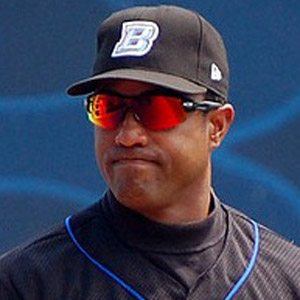 MLB pitcher from 1991 to 2001 known for his time with teams like the Milwaukee Brewers and Florida Marlins. He later became the bullpen coach for the New York Mets.

He was born in Salinas, Puerto Rico and was signed by the San Diego Padres in May 1986.

He was outed in the infamous Mitchell Report as having used performance-enhancing drugs during his time as a pitcher.

He married a woman named Wanda, who is the cousin of former MLB player Ricky Ledee.

He and pitcher Graeme Lloyd were both traded from the Brewers to the Yankees in 1996.

Ricky Bones Is A Member Of