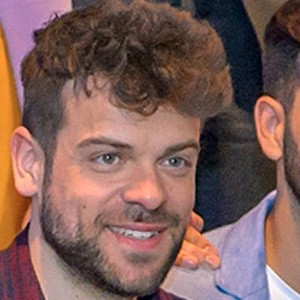 Series 10 competitor of the reality television competition show Operación Triunfo who was signed by Universal Music Spain. He had previously competed on a prior season of the show as well.

Before competing on OT, he had previous musical artist and acting history. He was part of past Goya prize broadcasts as well as internet coverage of the Eurovision Festival.

His name is Ricardo Merino and is he is from Palma de Mallorca, Spain.

He has performed duets of songs alongside fellow OT contestant Agoney Hernández.

Ricky Merino Is A Member Of