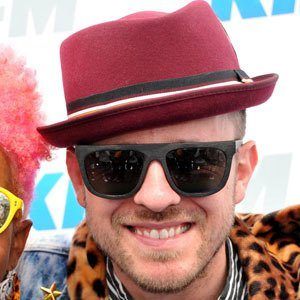 Renowned musician and pop producer who's worked with high profile clients such as Jason Derulo, Fifth Harmony, Meghan Trainor and Twenty One Pilots. He's also the frontman of the electro-rap group known as Wallpaper.

He was in a high school punk band before disbanding and majoring in westerm music composition at UC Berkeley.

He was nominated for Producer of the Year at the 2017 Grammys.

He was born Eric Frederic in Berkeley, California. He married Laura Miller.

His big break came with Jason Derulo's hit "Talk Dirty," which peaked at number three on the Top 40.

Ricky Reed Is A Member Of