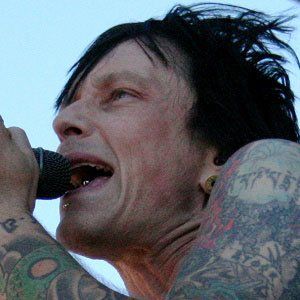 Famous as the lead singer of the Scottish rock group The Almighty, he is also notable for fronting the Thin Lizzy offshoot band Black Star Riders. As a solo artist, he released Tattoos & Alibis (2003), Belfast Confetti (2009), and several other albums.

He began playing the guitar in his early teens and began his professional music career in his early twenties by playing rhythm guitar for New Model Army's Ghosts of Cain tour.

He met his The Almighty collaborators Stump Monroe and Floyd London in high school; the three initially performed together in a music group called Rough Charm.

He spent his youth in County Down, Northern Ireland and Strathaven, Scotland, and later relocated to Los Angeles, California, U.S.A. After his marriage to MTV host Vanessa Young ended in divorce, he had four children with his second wife Christina.

Ricky Warwick Is A Member Of