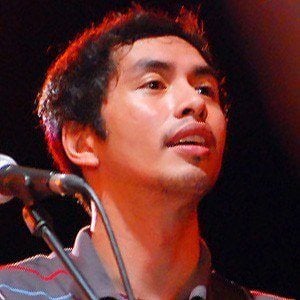 He wrote music for the United Nations MDG, including "Tayo Tayo Rin".

He acted in the film, Nasaan si Francis?

His parents are Rene Aldeguer Blanco and Purita Crisostomo.

He was influenced by Paul Hewson's band, U2.

Rico Blanco Is A Member Of