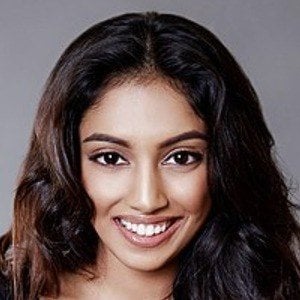 Dancer and choreographer who is known for promoting Bangladeshi culture in performances throughout Russia and Europe. She is also known for appearing as a contestant on the series Dance Plus 3 on the Star Plus India channel.

She first began earning recognition as a dancer and model when she won the dance competition series Mangolee Channel i Shera Nachiye in 2016. She then began touring to countries such as Sweden, France, and Malaysia to perform.

She has won several different awards and honors for her dancing including the Ambassador of Bengali nation at the Les Origins de la Beaute. She is also known for winning the Miss Plekhanov University pageant in 2011, becoming the first non-Russian descendant to win.

She has worked as a choreographer and backup dancer for famed Russian pop singer Nyusha.

Ridy Sheikh Is A Member Of