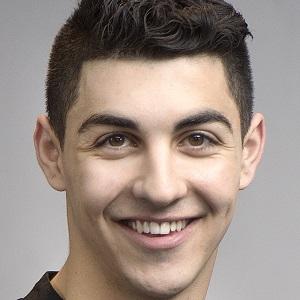 Known for his role on The Next Step as James, he is trained in almost all forms of dance but is best at hip hop and break dancing. He played the character Nate in the 2015 movie Full Out and Bucky in the 2018 film Zombies.

He started dancing when he was just 4 years old.

His mother owns a dance studio called Confidance. He has three siblings, including his brother Steven, who also have been dancing their whole lives. He and Jordan Clark announced their engagement in January 2022.

He danced in a music video for singer Victoria Duffield.