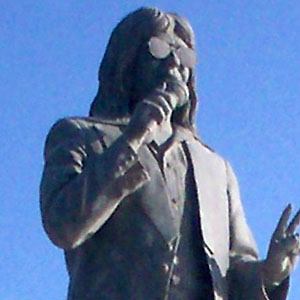 He had several early hits with his band Costa Azul.

He was nicknamed "El Ídolo de las multitudes," The Idol of the Masses.

He had a strained relationship with his family. His mother, who he was close to, died early, and his brothers distanced themselves as he started gaining fame.

Rigo Tovar Is A Member Of