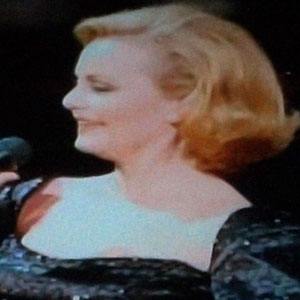 Spanish singer who sold more than forty million records before her untimely death from cancer.

She performed in a locally televised talent show, singing "La Sombra Vendo," which was noticed by a record executive.

Before making her record debut, she had to shorten her name from María de los Ángeles de las Heras Ortiz; Dúrcal was picked at random from a map.

Her parents nurtured her talents, but discouraged her from making a career of singing.

While touring the United States, she was invited to perform on The Ed Sullivan Show.

Rocio Dúrcal Is A Member Of