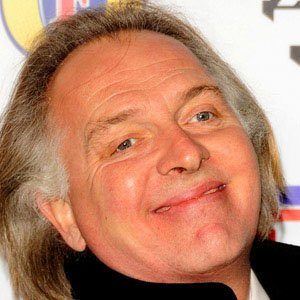 British cult comedian who is best known for his role on the television series The Young Ones and for his role as Fred in the film Drop Dead Fred.

In 1981, he made his TV debut playing the character Kevin Turvey in the sketch comedy series A Kick Up the Eighties.

He married Barbara Robbin in 1985, and the couple had their first child in 1986.

He co-starred with Phoebe Cates in the 1991 comedy Drop Dead Fred.

Rik Mayall Is A Member Of