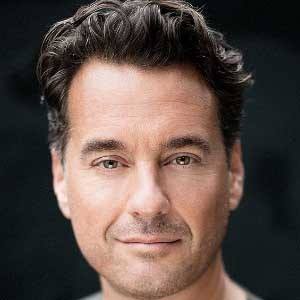 Dutch television host and presenter who is known for his work on the NOS News program as well as for hosting the comedy competition series Wie is de Mol?. He is also known for having been in charge of the Emmy nominated broadcast coverage of the MH17 disaster and the day of national morning which followed.

He studied Communication at the University of Amsterdam where he graduated in 1996. He started his career in television at the age of 16 when he joined the Kersenland reporting team in Uden. He then worked for AT5 until 1999 when he went on to work as a reporter and presenter for NOS News.

In 2007, he was nominated as "Best Dressed Man" by Esquire Magazine. He is also known for having provided coverage of the 2008 Paralympic Summer Games in Beijing for NOS News.

He was born in Maassluis, Hoogblokland but grew up in Uden. He is the eldest of two other siblings.

He has hosted several important and prominent broadcasts for the NOS News channel including the funeral of Nelson Mandela and a visit to Amsterdam from Barack Obama.

Rik Van de Westelaken Is A Member Of