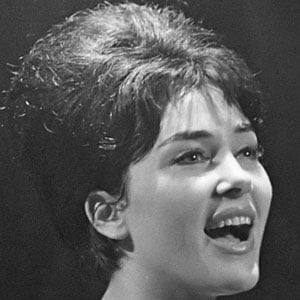 She got her start in a 1956 musical about soldiers who fall in love with country girls.

She suffered a stroke during the 2000's which caused the left side of her body to be paralyzed.

She and Ninet Tayeb are both Israeli musical theatre stars.

Rika Zarai Is A Member Of