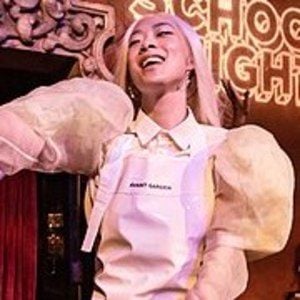 Acclaimed singer-songwriter who made The Fader's list of 13 Artists You Need To Know About In 2017. She released the debut studio single "Cyber Stockholm Syndrome" in March 2017 and followed with the eponymous album RINA.

Her solo career began in 2013 when she released the single "Sleeping in Waking."

In 2016, she worked with artist John Yuyi to create a visual series on Asian and Japanese beauty standards. She was subsequently profiled in Vogue.

Born in Japan, she later lived in London, England.

Rina Sawayama Is A Member Of