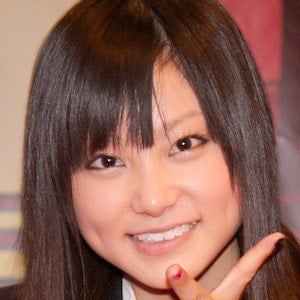 Drummer for the Japanese rock band SCANDAL most often known simply as Rina. Each of the band's first seven albums charted in the top 5 in Japan.

She and her her future bandmates met in high school and started performing in 2006.

She and the band have performed theme songs for various anime shows. She's also played with Halloween Junky Orchestra and has a custom drumstick line through Pearl Drums.

She hails from Nara, Japan and is the youngest of the original band members.

She and Haruna Ono have played together as part of Scandal.

Rina Suzuki Is A Member Of